Founded in 1885 as Smith & Teal, we are Oregon’s second oldest law firm. The firm’s history is closely tied with the growth of its hometown, Portland, Oregon.

In 1885, Portland was a hub of rail and steamship transportation for the expanding Pacific Northwest. That year, young lawyers Milton W. Smith and Joseph N. Teal formed a partnership and practiced from the Union Block, located at the corner of First and Stark, in what was then the heart of Portland’s financial district.

Mr. Smith went on to become a circuit court judge. Mr. Teal tried the famous Columbia Basin Rate Case, which gave the Northwest a 10 percent reduction in railroad freight rates and was a major step toward prosperity in Portland. Pendleton attorney Lewis B. Cox, who represented Umatilla County for one session in the state legislature, joined the firm two years later. Mr. Cox was much admired in the legal fraternity and was active in hospital development.

With the Willamette River seawall as yet unbuilt, periodic floods disrupted Portland’s downtown business. Shortly before the Great Flood of 1894, Wirt Minor and William Wick Cotton were added to the partnership. Wirt Minor was an avid golfer, establishing the Waverly Country Club and often golfing 36 holes a day. Mr. Cotton, the more industrious of the two, was appointed by the 1901 Oregon Legislature, together with Judge Charles B. Bellinger, to prepare a compilation of Oregon legislative law, cited for many years as the authoritative statutory law. Of these first five partners, three went on to become judges. 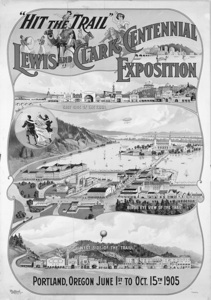 Lewis B. Cox, a partner from 1887 to 1898, conceived the idea and played a key role in making the Lewis & Clark Exposition a reality in Portland. This 1905 fair with its slogan of “Meet Me On the Trail” was instrumental in the tremendous growth and development Portland experienced from 1910 to 1915. Mr. Cox, as well as many other prominent businessmen of his time, saw the fair as being essential to the community. His efforts are still recognized and appreciated today.

The country had grown into a world power. The U.S. Navy included the powerful battleship Oregon. And in Portland, prior to the United States’ involvement in World War I, Messrs. Teal and Minor asked Andrew B. Winfree to join their firm. A graduate of Washington & Lee University, Mr. Winfree added a sophisticated Eastern approach to law. Immediately thereafter, William C. McCulloch entered the firm to assist Mr. Teal in the freight-rate litigation. There were no recruits for the war from the office. However, John W. Shuler, a young sailor who served in the Navy, would later become senior partner of the firm.

When the dance of the day was the Charleston and liquor was sold only underground, downtown Portland bustled with activity. At that time, the partners ushered in a replacement for the late Mr. Minor. Looking for someone to handle the increasing amount of municipal bond work, they chose William Johnson. He remained with the firm until his death near the end of the 1920s, at which time John Shuler assumed the responsibility of municipal bond attorney. At this same time came the passing of Mr. Teal, who had been with the firm continuously since 1885 and was a senior partner since 1904. The firm would list his name as senior partner until 1917.

The Tillamook Burn darkened the Oregon sky. Portland, hit hard by the Depression, aided the needy with soup lines and CCC work projects. But the firm did not reduce staff during the ‘30s and optimistically added an additional litigator, Alfred P. Kelley. Mr. Kelley later became a colonel serving in the U.S. Army Air Corps in World War II. John Shuler continued his involvement in municipal bond work. Mr. McCulloch was admitted to practice before both the U.S. Circuit Court of Appeals and the Supreme Court of the United States.

It was a robust time of growth for the country, for Oregon and for the firm. New construction symbolized the optimism of Portland. With the withdrawal of Mr. Kelley in 1947, the firm convinced Paul A. Sayre to become senior litigator. Two young associates were added the following year: Howard A. Rankin, a naval veteran and recent University of Kansas School of Law graduate and John H. Holloway, who later became executive secretary of the Oregon State Bar.

Mr. Rankin became a partner in the firm in 1951. Mr. Winfree and Mr. McCulloch, each resisting retirement, agreed in 1958 to turn their senior partnership role over to John W. Shuler. During this era, the firm became nationally recognized in the field of municipal law and finance. Mr. Shuler, after more than 50 years of continuous employment with the firm, died in 1971. 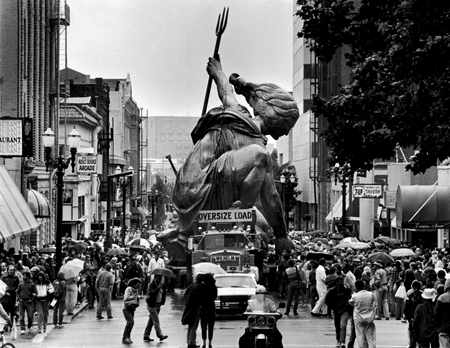 With its work expanding during this time in municipal law, business and tax practice, the firm moved from the Spalding Building to the Morgan Building and then, in late 1976, to the Benj. Franklin Plaza. On January 1, 1977, with Howard Rankin as senior partner, Garry P. McMurry, Dennis R. VavRosky and Patric J. Doherty joined the partnership. It was in this period that the firm expanded its practice into civil litigation and workers’ compensation defense.

Portlandia, a large sculpture second in size only to the Statue of Liberty, capped a period of growth for the city and arrival of the firm’s 100th year of service to business and government in Oregon.

Returning to its roots at the start of its second century, the firm decided to focus its practice on public finance and litigation. In 1990 the workers compensation group moved from the firm’s home on the 16th floor of the Benj. Franklin Plaza, now the Umpqua Bank Plaza, and the firm was renamed Rankin, Mersereau & Shannon. Mr. Mersereau and Mr. Shannon continue to lead the firm’s boutique practice in municipal finance and litigation under the name Mersereau Shannon LLP. 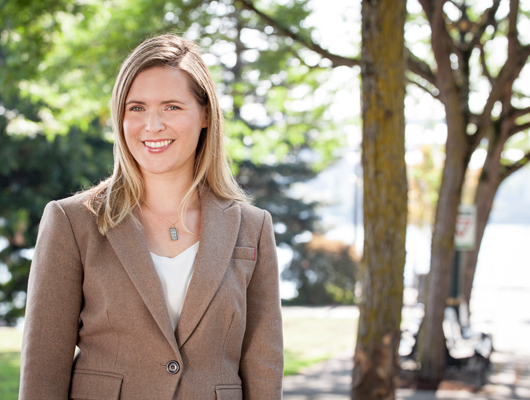 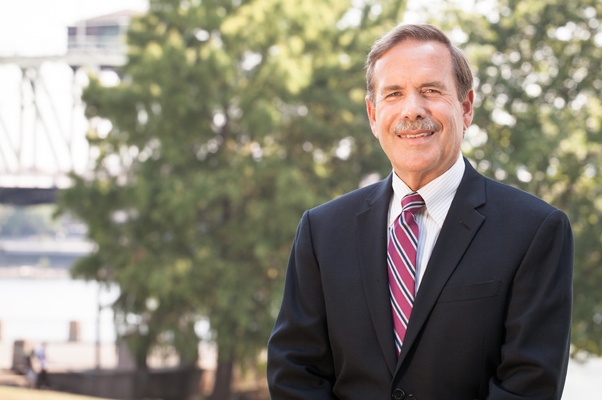